My skills as a herpetologist, birdwatcher and naturalist: 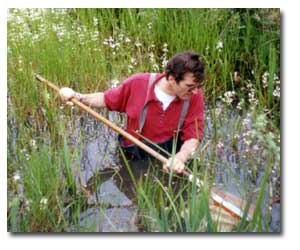 Feel free to contact me for my experience with specific tasks, surveys, preliminary ecological appraisals, mitigation projects relating to reptiles, amphibians, herpetofauna in general, birds, and other protected/priority species/habitats, plus advice on 'Biodiversity Net Gain'. Overall, I am proud of the conservation tasks and the successful mitigation projects I have been inlolved with.

I have always strived to use my naturalist skills to make sure the work carried out is adequate with long term ecological success, without a risk adverse approach that can incur unnecessary costs and delays. At worst, the risk adverse approach can 'lose' the respect of people, from home owners to developers, that do have a keen interest to safeguard the environment. It should be about encouraging everyone to do the right thing for wildlife, not to make them wary and frustrated if they have protected species or priority species/habitats on a site.