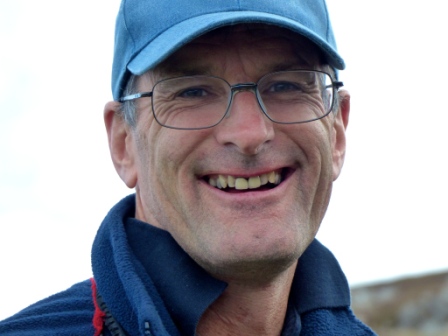 Known for my enthusiasm as a guide and naturalist, I’ve encountered a vast range of wildlife and built up my skills as a naturalist on cruise ships on nearly 230 cruises, from Antarctica to the Arctic, and temperate to tropical seas.

My time as a resident naturalist and guide in the challenging rainforests of Tambopata (SE Peru) was invaluable, greatly enhancing my naturalist skills.

Experiences in the Peruvian rainforest included a close encounter with a Jaguar, swimming with Piranha, finding a 7 m Anaconda, and becoming the host for a botfly. In other tropical locations around the World I've had close encounters with Chimpanzees, Mountain Gorillas, and Orang-utans, listened to the haunting calls of lemurs and gibbons, been enchanted by the amazing diversity of frogs, stunned by the incredible adaptations of insects, and captivated by the variety of birds.

With experience of life at sea for many years I’ve seen 5 species of turtle, 58 whales & dolphins, 25 other marine mammals, and, as a bird watcher, over two thirds of seabird species. I have also experienced the vast diversity of life in the underwater realm as a diver, from the UK to California, the Seychelles to the Caribbean, Thailand to the Red Sea, the Great Barrier Reef, Ningaloo reef, and the coral triangle from Sabah to the Solomons.

Relevant experience and training is becoming increasingly important for work on cruise ships and working in environmentally sensitive areas, with relevant qualifications and certifications. With my enthusiasm, wide-ranging and adaptable skills as a naturalist, sense of humour, and my gregarious nature, I work well as a wildlife guide. Read my referrals about my skills as a lecturer and wildlife guide, and check out the talks I have presented, from working on 'expedition' cruise ships, to schools and travel shows.

I've travelled to all the continents and my experiences as a naturalist includes: